The BVA Awards took place on 2nd May and as always, Handle was there to support the association as a key sponsor. The annual ceremony honours the talent of the video entertainment industry. The competition for these awards is always tough, and this year was no exception. 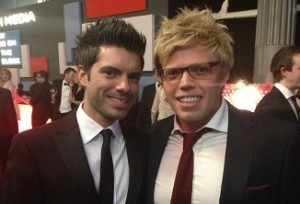 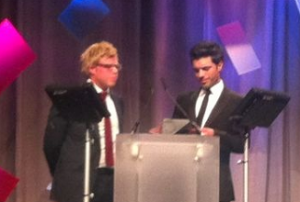 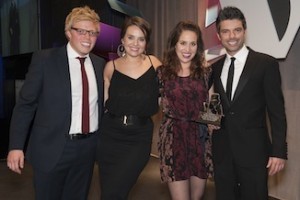 This year our very own Dominic Warman - Director of Sales, Marketing & Digital - presented the award for Marketing Initiative of the Year - Film £3m to £10m Box Office to Twentieth Century Fox Home Entertainment for the campaign surrounding Diary of a Wimpy Kid 3: Dog Days.

Here at Handle we are extremely proud of the creative talent which is the driving-force behind the UK’s media and entertainment industries. The BVA Awards are an opportunity for Britain to showcase and celebrate its achievements in the sector – and is always a fantastic evening for the hundreds of guests who attend each year. The Handle team can’t wait for the BVA awards 2014. What are your predictions?