Our very own Andy Watts Director of Sales, Marketing & Broadcast and Dominic Warman, Business Development Director returned last weekend from a very successful MIPCOM in Cannes. It was the events 30th anniversary, which hosted a record 13,700 delegates, hailing from 112 countries.

Of the 13,700 attendees, 1,300 were acquiring digital and VOD rights which further demonstrates the trend to multi-platform viewing. Additionally, there were a number of key programme launches including two incredible series: eOne’s The Book of Negroes and ITV’s Thunderbirds Are Go.

This was a great opportunity to promote and further enhance Handle’s reputation as a leading and specialist recruiter in the Broadcast Media space and they had a number of extremely positive meetings with clients including; A&E Networks, Amazon, Vubiquity, Vodafone, Red Bull Media, blinkbox, HBO and AMC Networks. 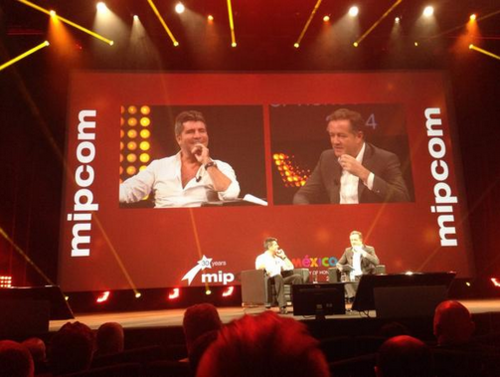 The dynamic duo took the opportunity to attend a number of high profile key note speeches including; Simon Cowell who was named MIPCOM’s Personality of the Year. The team also attended speeches from James Murdoch and Ted Sarandos, Chief Content Officer at Netflix who gave industry executives a peek in into the company’s plans to shake up the movie business. Andy and Dom were also able to attend a speech from Steve Mosko, President at Sony Pictures and Anne Sweeney, President at Disney ABC Television. She discussed how she will leave the company in “spectacular shape,” with the unit of the entertainment giant focusing on digital and technology that is driving growth for the company.

Attending MIPCOM ensured that Andy & Dom were fully up to date with the key and emerging trends in the broadcast space – a key point of difference when talking to both clients and candidates.

It was not all work of course and the boys were naturally invited to the flagship party of the week, The X Factor & Got Talent Beach Party which was attended by Mr Cowell himself, along with a number of key industry executives.

All in all, it was a very productive 4 days!