Click here to find out about Handle's events, including our ‘Future of Retail’ evening in partnership with Inition. Here at Handle, we love to bring people together for innovative and informative meet ups, so get in touch if you'd like to suggest an idea for a future event.

Did you know that you can already Ascend The Wall from Game of Thrones, meet Monty the Penguin in John Lewis stores or trial your Hawaiian holiday without leaving the country? Here at Handle Recruitment, we’re keenly aware that Virtual Reality has come out of hibernation and it’s going to affect everything that we do. Handle brought together business leaders from some of the foremost media companies in London for the first time recently to discuss the commercial viability of Virtual Reality (VR) technologies and its likely impact on their respective businesses. 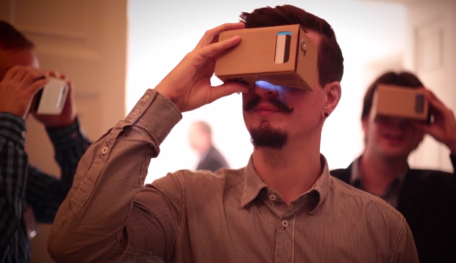 A broad range of interested companies including NBCUniversal, The Tate, Harper Collins and Unicef had representatives present to either educate or be educated about the applications VR might afford their organisations. When asked about the future of Virtual Reality, David Corless, VP of Marketing at nDreams, said ‘we’re only at the mobile phone attached to the suitcase stage… who knows what the reality will be like 30 years from now?’. The guests had access throughout the evening to developer kits of Samsung’s latest VR headsets ‘Gear VR’, which nDreams have been quick to develop software for including ‘Gunner’- a first person space shooter. 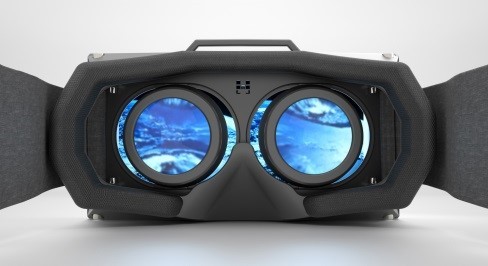 The VR space has been a hot bed of innovation over the past 18 months, largely spurred on by the poster child of VR, Oculus Rift. Oculus was originally a Kickstarter project, which has now turned VR superpower having been acquired by Facebook in a $2bn acquisition earlier in the year. Since then, headset manufacturers and games companies have been scrambling to launch titles on some of the key platforms; Oculus Rift, Sony’s Project Morpheus and the recently announced Samsung Gear VR.

A testament to how much this segment is heating up was The Alphabet Collective, a start-up formed by Matthew McGuire and John Henderson who demoed their VR engine. Having been in existence for less than 3 months, they have already received 2 offers of purchase from separate courtiers. John Henderson, Co-Founder and Creative Partner, explained that VR is ‘a new creative medium’ and ‘innovative communication method’. Their application running on Oculus Rift headsets enabled guests to experience whole virtual cities that can be explored on foot, as well an intricate interiors of luxury apartments, which even have running water in the taps.

Aryn Hurst-Clark, Director of Executive Search at Handle said ‘what was interesting tonight was hearing first-hand how content rights will be the primary contentious issue for VR. When you have authors, scriptwriters, games designers and content IP owners all competing on the same platform, rights and commercial entitlement will be a key battleground’. As there is clearly still a lot to talk about, Handle will be holding follow up events in 2015 in collaboration with Inition, a production company specialising in future technologies, along with some major players in the VR arena.

You can read more about this event here:

The Reality of Virtual Reality  ​