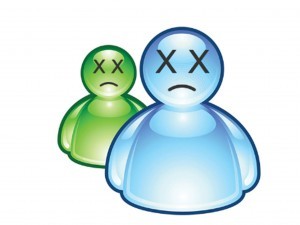 It came as no surprise when it was announced last month that Windows Live Messenger, formerly known as MSN Messenger, will finally be shut down by Microsoft this spring after serving Internet users for more than 13 years. The concept of instant messaging now seems positively prehistoric when compared to modern mediums of communication such as Twitter, Skype and Apple’s FaceTime – but once the platform was heralded as the future of online communication. In fact, some believed MSN would make email obsolete.

What perhaps may be more shocking though, are recent reports that Facebook lost 600,000 users in Britain late last year, indicating that the company is reaching its social limit in this country. Around 1.86% of Facebook’s 33 million British users did not log on in December, suggesting that many are beginning to lose interest in the platform. Could it be that Facebook has reached the end of its lifecycle?

Instagram has also seen the number of daily users drop by more than half following a boycott over plans to sell pictures to advertisers. Subscribers to the photo sharing website – owned by Facebook – fell from about 16m to 7.6m during December 2012.

When we can now engage with our friends and contacts through video messaging via mobile in an instant, are platforms with complex security settings and ever increasing legal stipulations outdated? Has the transformation from innovative start-up to corporate monster diluted the very essence of some social networks? Have they in fact become unsociable?

The social media landscape is crowded to say the least and research suggests that some big players are reaching saturation point in core markets. That said, the digital marketplace is booming - with fledgling creative brands vying for the attention of an experimental user base. Customer is king and the heat is on to lure savvy consumers with features that fit their fragmented, mobile and global lives.

New Myspace — with its drastically different redesign — has left invite-only mode, opening up the revamped social network to the public. Meanwhile, Branch - a minimalist social platform - was launched by the founders of Twitter this week. Snapchat and Yammer have also recently been hitting the headlines for all the right reasons.

News that Facebook is launching its own search engine – with the help of user data – may demonstrate the growth and resilience of the brand. But the emergence of fresh social media platforms is offering consumers the choice they crave, and only the strongest networks will thrive. One thing is for sure - developers, marketers and back office teams in the digital arena have everything to play for. What are your predictions? Let us know by commenting below.