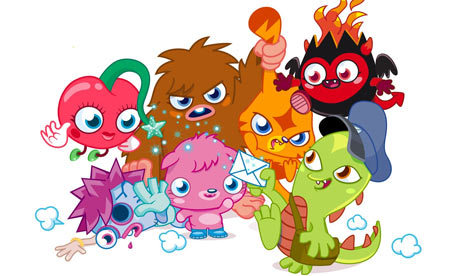 Last week it was announced that Mind Candy has recorded $250m (£160m) in total sales since the launch of its Moshi Monsters brand five years ago.

The online children’s franchise is one of the successes of London’s Tech City, and now has 80m users, almost double the level of two years ago. The figures suggest a period of massive revenue growth, since 2011 when sales came in at a more modest £29m. But what is the key to the brand’s success?

Moshi Monsters started out as an online world of adoptable pet monsters for boys and girls aged 6-12 back in 2008. It slowly crept to one million users before taking off in the summer of 2009 and growing by one new registered user per second. Moshi is biggest in the UK but has a global fan base. The top five territories - UK, US, Australia, Canada and New Zealand - are English speaking.

Timing was undoubtedly instrumental in the rapid rise of Mind Candy’s flagship offering. Moshi has also done very well in licensing its characters for merchandise, generating half of its revenues from licensing and royalties alone – but that can’t last for long if the game itself don’t satisfy its young audience.

There is no doubt that the rapid growth of the Moshi Monsters phenomenon would not have been possible without the vision, passion and talent of the designers, marketers and brand managers that are responsible for the company’s popularity and profitability. Thanks to great people, the Silicon Roundabout start-up has matured to become an international success story – producing characters that are as recognisable as Micky Mouse to its young consumers.

And the company shows no sign of slowing down, CEO Michael Acton Smith recently unveiled the company’s new headquarters in Shoreditch - complete with slide, tree house and ping pong table - which suggests ongoing growth and expansion. There is no doubt that Moshi Monsters is a super-brand fit for the 21st Century – so here’s to the next five years and beyond.

If you are looking for your next digital or marketing role, check out our latest vacancies here.